After a break last year for the pandemic, Wrocław’s International Oktoberfest made its return on 10 September 2021. Back for the 16th time, it was held this year for sanitary reasons in the fresh-air surroundings of the Toya Golf and Country Club, a little way north of the city. The event was organised by the BPCC, the Polish-German Chamber of Industry and Commerce (AHK Poland) and the Scandinavian-Polish Chamber of Commerce. Traditionally, the International Oktoberfest draws the largest business crowd from across the region, but this year, numbers were limited because of Covid-19. Nevertheless, after a year’s absence, it was good to meet in person and the event was enjoyed by all.

Ilona Chorodowska, director of the BPCC for the region, along with her opposite numbers from the German and Scandinavian chambers, welcomed the guests, sponsors and partners of the event in three languages. Britain was represented by James Hughes, minister-counsellor of economic affairs at the British Embassy in Warsaw, and by Paweł Siwecki, the BPCC’s CEO, who were among the hosts, heads of chambers, local officials and diplomatic corps present at the event.

As usual the format of the evening involved the drinking of beer to the accompaniment of Bavarian music, which this year came from Opole-based MM Sytemy Orchestra.

There was a large number of exclusive gifts to be won the prize draw, many of which were won by BPCC members. The evening was rounded off by a performance of the Gentleman’s Jazz Band.

Logistically and organisationally, a complex event, it worked out well thanks to the dedication, hard work and cooperation of the three chambers; the BPCC would like in particular to thank Ilona Chodorowska for her outstanding efforts in bringing it all together on the night – another highly successful and memorable International Oktoberfest in Wrocław! 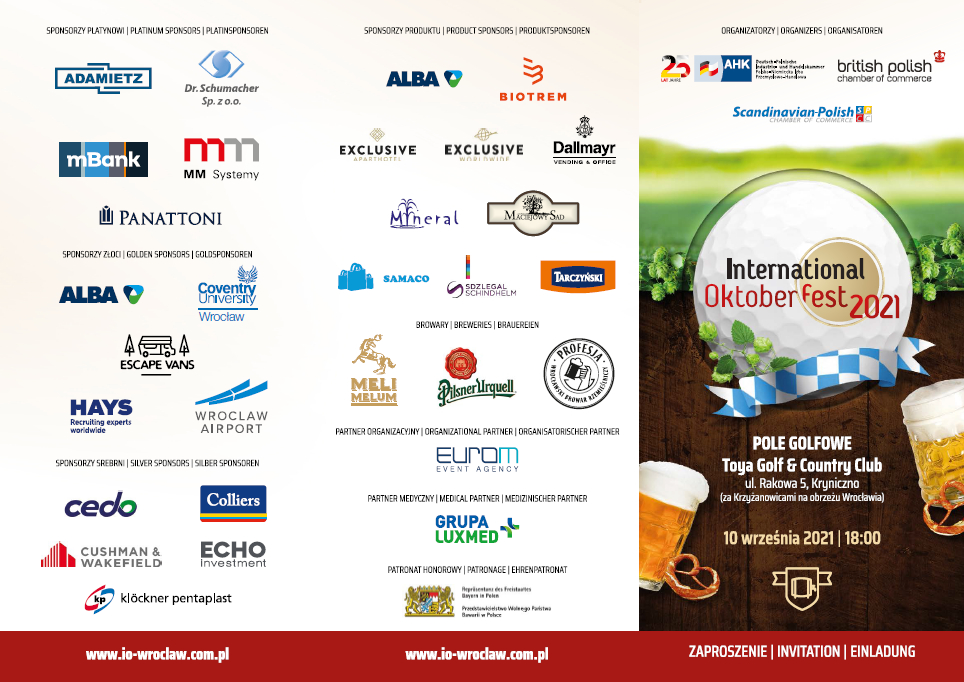