A superbly balanced, dark, strong beer with a definite flavour.

KOMES BALTIC PORTER from Brewery Fortuna is one of the best Baltic Porters in the world and also one of the most appreciated Polish beers. Following slow fermentation at low temperature in open vats and long storage, the beer acquires character and reaches the fullness of its complex nature. The bouquet of Komes Baltic Porter also matures in the bottle.

Awarded a gold medal at the European Beer Star 2013 competition in Bavaria.

Awarded a bronze medal in the World Beer Cup® 2014 competition.

KOMES BARLEY WINE is a beer style with a very rich and intense malt aroma and a complex flavour, in which the malt sweetness ideally connects with the well-defined yet non-intrusive bitterness. With its high extract content , KOMES BARLEY WINE from Browar Fortuna has warming up properties  and a dark, amber-and-copper colour. American hop varieties have enriched the beer’s taste and aroma.

Awarded a silver medal during European Beer Star held in 2018 in Bavaria, the most prestigious beer contest in Europe and the third in the world.

The aroma and flavour of the beer combines chocolate and coffee notes with noble woody accents.  The oak flakes are made from noble varieties of French oak used in cooperage. Added during the storage phase, they give Baltic Porter its unique character.

Brewed with raspberry juice, aged with vanilla and chilli

Komes Raspberry Porter is a dark bottom-fermented beer brewed with fruit juice and stored with Madagascar Bourbon vanilla and Indian chilli peppers. The aroma and taste revolve around chocolate notes and the sweetness of raspberry and vanilla, cut by the spiciness of chilli peppers.

The addition of raspberry juice and storage with exotic additives has given the beer a new dimension.

A speciality appreciated by beer enthusiasts all over the world. The definite roasted notes, characteristic of this style, come from roasted barley.

Coffee, chocolate and prune notes are balanced off with pronounced bitterness. The addition of rye malt enhances the body and velvet-like nature of the Imperial Stout.

KOMES BELGIAN STRONG ALE STYLE is a strong top-fermented beer with a golden colour, hopped in open vats with the Golding hop variety. This traditional style has been evolving since the early 16th century which marked the development of the technology for obtaining the pale malts used in its production. It was the time when top-fermented pale beers were born.

This beer pleases the palate with its strongly malty, succulent flavour and distinctive hoppy aroma. A key element in the slow maturation of the taste of Komes Belgian Strong Ale Style is the traditional, labour-intensive method of re-fermentation in the bottle.

KOMES IMPERIAL AMBER ALE is a unique speciality: a strong beer with a magnificent amber colour, dry-hopped with a composition of several hop varieties and brewed with artisan-roasted malt.

This drink’s bouquet and flavour change over time owing to the use of a natural, labour-intensive method of re-fermentation in the bottle. It captivates with fruity notes combined with hops, resin and roasted notes.

KOMES IMPERIAL INDIA PALE ALE, created for an even greater beer experience, quickly gained the appreciation of hop enthusiasts. Komes Imperial IPA is generously hopped with a composition of American aromatic varieties and Oktawia, Polish new-wave hops. The beer is light golden in colour and hazy, in part as a result of dry-hopping and an addition of oat flakes.

The aroma includes hints of mango, white fruit and citrus. On the palate, the well-defined bitterness is countered with the beer’s balanced malty profile. The oatmeal gives the impression of smoothness and the alcohol warms up pleasantly. 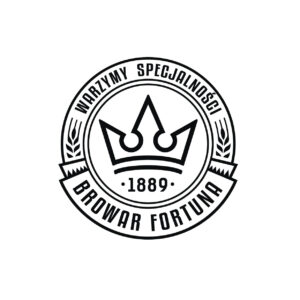